ABOUT MTV We Will Always Be The Voice Of Freedom

MTV was established in 1991 as a TV channel that sought to cater to the complexity and richness of its Lebanese viewers’ identity by creating a balanced mix of local, Arab, and western media content, with a special emphasis on producing local programming that is tailored to its audience and reflects their aspirations and values.

In addition to its unique approach to programming, MTV also led the way in terms of its adoption of self-regulation and a clear code of ethics, in a country where the media sector is completely unregulated, thus becoming the first station to abide by international best practices while legally acquiring foreign formats and rights-to-air.

Embarking On The Political Scene

In March 1995, MTV embarked on the political scene, launching its local news broadcasts along with a number of distinct political and socio-economic shows.

MTV displayed a fervent commitment to acting as the fourth power, disclosing the untold about abuses of power and corruption, and speaking the mind of a suffocated public opinion, being consistently and unswervingly objective and responsible, and defending the public interest.

The momentum that MTV created across the years, through its unparalleled political coverage, allowed its base of supporters and viewers to grow and flourish.

In 2002, the Government engaged in an unlawful process, illegally and retroactively to forcibly close the MTV.

On April 7, 2009 the voice of the “silent majority” returned to screens across Lebanon and the world.

Since then MTV has undertaking a major revolution: New look, new programs but with the same professional outlook on the future. 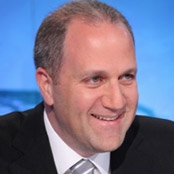 THROUGHOUT THE DAYS MTV WAS CLOSED, I NEVER ONCE THOUGHT IT WOULD LIVE AGAIN BECAUSE IT NEVER DIED, THANKS TO YOU.

MTV’s vision is to be the leading independent media station in Lebanon and the Arab world, serving as the catalyst and vehicle for inclusion and regional well-being, and endorsing reform and advancement from within societies.

MTV strives to become the indisputable symbol for the values of thought independence, social responsibility, freedom of expression and continuous betterment.

MTV’s mission is to enhance the media’s role in Lebanon and the Arab world, to participate in the advancement of independent thought, and to serve the interests and the well-being of society while assuring its commitment to shareholders.

MTV strives to be the region’s media role model in terms of transparency and social responsibility, delivering on its pledged values by providing its viewers with content that informs, entertains, develops minds and ripens individuals, free of any bias.